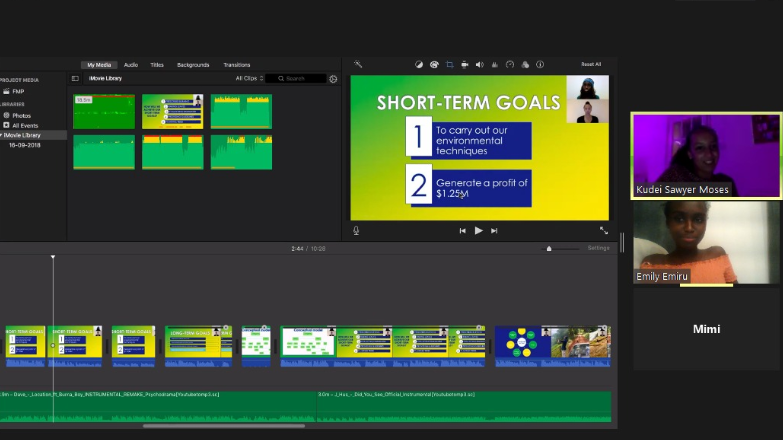 I was set the challenge of coming up with a fire management plan to tackle the issue of forest fires in the Tapajós-Arapiuns Extract Reserve in the Amazon rainforest. I cannot lie – it was daunting at first. Thankfully, I was not alone since I was paired up with my very good friend, Kudei. We were initially quite unsure about how to approach this since our knowledge of the Amazon rainforest was very limited. Since neither of us do Science subjects at A-Level, we were worried that we would be at a disadvantage. However, we realised that this interdisciplinary project would allow us to showcase our knowledge of the subjects we are most interested in such as Economics, while also expanding our scientific knowledge.

Through our research, we became a lot more aware of the environmental issues surrounding the Amazon, but we also learnt a lot about Brazil’s political, social and economic issues. One striking thing was the fact that the number of tourists who visited the Eiffel Tower and Bulgaria in 2018 is greater than the number of tourists who visited Brazil. It was also interesting to learn more about other issues that affect indigenous people besides the wildfires, such as a lack of education and sexual abuse.

Our research helped us to brainstorm ideas and we quickly found ourselves with a Google Docs page full of ideas and a plan of what we were going to do. We decided to produce a document with a detailed version of our plan and a PowerPoint presentation which we used to make a video. What seemed like a very difficult task suddenly seemed a lot more manageable. We thought we would not be able to make a video that would be similar to a presentation done in person since we were not together; but we actually had resources available to us, we just had to be resourceful. Zoom has a record and a screen share function which allowed us to have our PowerPoint presentation and both of our faces on the screen while we spoke.

Working virtually was not ideal but we made it work. Being stuck at home meant that there were many distractions but since this lockdown period has given us so much more free time, we were never too hard on ourselves when something else came up or when we were not as productive as we would’ve liked. One thing that affects productivity is poor quality sleep, which both of us had been impacted by. This project was set at the perfect time because our sleeping habits had become terrible and we were sleeping and waking up very late. We decided that we had to be ready for a Zoom meeting at 9AM every day. Holding each other accountable really helped us to adopt healthier habits which have been beneficial for me because I’ve been feeling more awake and I’ve been getting a lot more done.

I am so proud of what we achieved together, and I’ll definitely remember this project as one of the highlights of quarantine. We worked so well together (#DreamTeam) and were committed to putting 100% effort into this project from the start. Although we aimed to be the best and win, we made sure we enjoyed the process. During our Zoom meetings, our conversations diverted now and again. We also had the occasional dancing or singing performance on Zoom when I had some loud music from our childhood playing in the background. It’s not the same as seeing someone in real life but at least I can say I spent a lot of virtual quality time with my good friend on Zoom.

It wasn’t just about fires – it was about fun and friendship too.