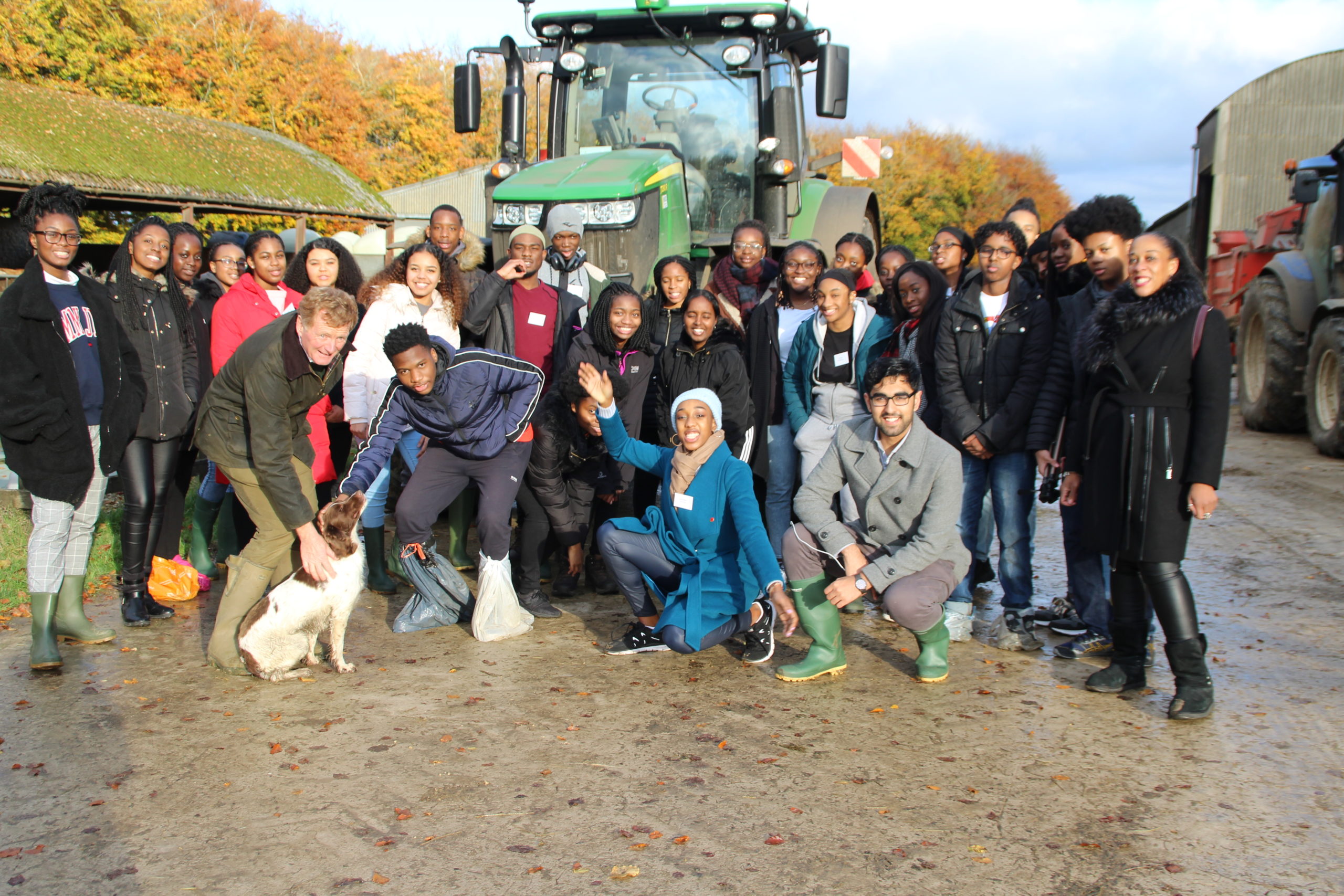 In mid-November Ditchley hosted a cohort of twenty eight year 12s, for a two days residential, as the launch of their Uni Genius experience. This proved to be a richly rewarding experience for all involved as is evidenced by the testimonials included below from Madeleine Mensah and Zara Brown-Guhli.

Following the amazing sessions that unfolded at the “Diversity of Thought” weekend, Madeleine was invited back by the Ditchley Foundation on the 5th December 2019 to participate in the first plenary session of their conference “Trust: in leaders, experts and institutions. Where and why has it gone and what can we do to renew it?”. She was the opening speaker and drew on ideas and themes to emerge from the discussions on the subject of trust at the Uni Genius weekend, ensuring that the voice of the younger generation was heard at the conference.

We will build on the experiences from both events, but in the meantime the testimonials of Madeleine and Zara together with the accompanying short video and selection of images from “Diversity of Thought” will serve as a reminder of the extraordinary weekend.

I realized that Uni Genius was special when I received the email about the Ditchley Foundation residential event in Oxfordshire. We would spend two days in the English countryside with the promise of being waited on by butlers and meet with keynote speakers from a broad spectrum of STEM and top universities. This seemed too good to be true. I thought Uni Genius was just going to be a place to gain work experience, but this first residential proved that this is not just a charity but a family that I am growing to love. During the two-hour coach ride I became acquainted with 27 strangers while playing Uno, talking about school, our subjects as well as grilling Waseem (a Uni Genius alumni and volunteer) on everything he had experienced during his time with the programme. By the time we got off that coach we were more comfortable with each other and ready to make the most out of the trip.

Disembarking from the coach felt like stepping into another world. The house, or rather Estate, was something straight out of Downton Abbey (which we later learned was partly filmed there). The house was literally glowing gold. We dropped off our bags in our decadent rooms where the views were just as incredible, and the bathroom was light and airy. We were quickly enticed with all the biscuits and tea we could drink. Once we had all finished and selfies with pinkies out had all been taken, we moved into our first talk from Dr Tony Sewell, who talked about taking every opportunity and dutifully ended with one lucky and athletic girl leaving Ditchley £20 richer. 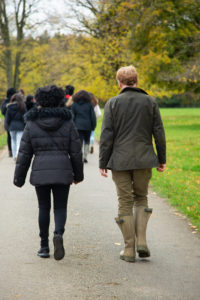 Afterwards we went on a stroll through the countryside visiting the local farm where Waitrose cows are farmed and viewed expensive tractors. We learnt about the life of a farmer and how some parts of biology come into play in the real world. Next, we had more keynote speakers teaching us about UG’s partnership with Project HALO and its own story and how admissions at Cambridge work specifically at Lucy Cavendish College where the head of admissions came and delighted us by answering many eager questions from our group. At dinner time we had a 2-course meal of cottage pie and lemon pudding dessert which led to me having to beg a dutiful butler to please stop pouring me juice as I was quickly becoming full which led to a nice laugh between us. After that it was off to a showing of Elysium, free time session for all of us to get to know each other and then lights out ready for a new day. 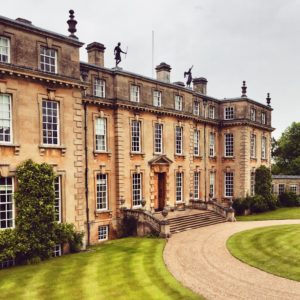 Imagine thinking you are waking up in your small bedroom in a small council flat in Woodgreen, to open your eyes and realize that you are at Ditchley Foundation (a mansion) in the middle of Oxfordshire. This is what happened to me on the morning of the 9th of November.

Slightly disoriented at 7:30am, I wound up the plush curtains to let in some light and was greeted with the most splendid view of the land. I don’t think I’ve ever seen more well-kept grass in my life!

But before I continue on describing the scene, I would like to say a massive Thank You to the Ditchley Foundation for hosting the Uni Genius students. The butler service was honestly like nothing I’ve ever experienced, I felt inclined to say thank you every time they poured and refilled my drink (which was about 20 times per meal!).

You would have thought that the view from my window was actually a painting of a typical English Christmas-y countryside. It is the kind of scenery you see on the Christmas cards your Nana buys every year. Absolutely beautiful.

So, after admiring Ditchley grounds for about 10 minutes, I started to get ready for the day ahead. By 8 am I was sitting on my bed waiting for my roomie in East Wing (the lovely Harriet) to wake up. The trusty gong was rung so I suspected that she needed to be awoken so I knocked lightly on her door and to my surprise she was already awake. 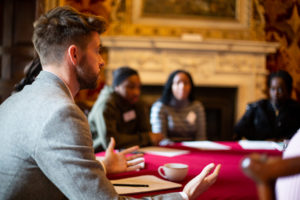 The first session we did was about Trust in Society and how much do we trust the media, our leaders, and also each other. We listened to Good Morning Scotland and read a couple of articles that are supposed to be trustworthy sources of information for the general public but upon further inspection every article was dripping with bias despite claiming to be based on factual evidence. We then got into groups and were assigned a “Team Leader”, who were all established Journalists. My group was at the end of the Library with Thomas Hunt and we briefly spoke about the effects of advertising and if it’s actually effective. The previous day we had a debating session where we discussed whether or not we should eat meat. Aside from the actual debating points, one piece of advice that really stuck with me (given by Leanna Dixon) was that when we are debating  or trying to convey a point, we should include not only our scientific knowledge but also our subject knowledge. Therefore, for this short group task, I decided to apply my knowledge of Psychology and proposed the idea that even if we don’t buy every object we see on an advert, somewhere in our unconscious mind that advert is replaying and eventually it will come out and lead us to buy that object possibly later in life.

After that quick group conversation we got into another group and were taken to a separate room. During this part of the session we talked about the questions regarding Trust in Society. Our group was assigned to Thomas Hunt and Renee Kapuku. Thomas interjected thought provoking questions throughout, and Renee mediated and controlled the debate, and also prevented us from going on a tangent. The conversations were incredibly interesting and had many different responses. For instance, on a question regarding Loss of trust, even though we all agreed that certain situations warrant a loss of trust, the degree to how much trust is lost varied. In my small group of 3, a cohort member and I, whilst discussing the degree of mistrust, sparked a conversation about whether loss of trust was down to nature or nurture. Overall this session was intellectually stimulating and because the opinions were so varied it made it tremendously entertaining and memorable. 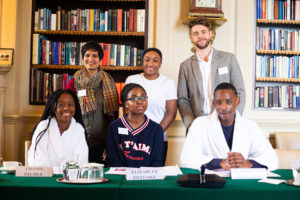 We returned back to the Library to relay a summary of each group’s main topics and ideas, followed by a keynote speech from Maryam Ahmed about where to get trustworthy data from, and what her job entails. Her speech was eye-opening because she gets to use both her computer science knowledge and her journalistic skills in order to collect masses of data and compile them into an easy to read format such as a coloured map, graph or chart. After having a morning full of heavy conversations we then had a breakfast full of light treats.

Massive thank you too to all the journalists and keynote speakers that hosted and supported this session.

In the dining area the wonderful butlers had laid out a typical English Breakfast. On one end of the dining hall there were fluffy hash browns, fried tomatoes, fried mushrooms, delicious sausages, crispy bacon, moist scrambled eggs and sweet pastries. And on the other end berries and other fruits plus tea and coffee. Breakfast was absolutely delightful, the food and service were 10/10. We had 45 minutes to eat breakfast and then to bring our bags and suitcases to the beautifully decorated reception area. I completely forgot that we had butlers to do that for us so I brought my own luggage to the front!

The next session after eating was having a keynote speech from Renee Kapuku. Her academic story was outstandingly inspirational. Due to the simple fact that she came from a similar background to every one of us and had excelled in her studies because of her hard work and determination. She not only applied to Oxford and got in but also went on to Harvard in a completely new country. From her speech I learnt that in order to make a dream a reality you have to plan how you are going to get there, and also to be adaptable to every situation whether you like it or not.

During my brief time at Ditchley Foundation I the opportunity to learn so much. My public speaking skills improved massively, my debating skills are now more precise and effective, my network of friends who are in similar positions with similar goals have extensively increased and my dream to be successful in my studies and life is becoming a reality.

All of this is due to every person who contributes to the Generating Genius Uni Genius Programme. So to anyone who is on this website reading this I would like to say a final Thank You from myself and from my cohort.

Check out YouTube channel to view the full video about this amazing collaboration!!